Javascript is required to view this site. Skip to main content
Text-Size: - | Language

Sherrie Swensen, Salt Lake County Clerk, directs the Election, Marriage, Passport and Council Clerk Divisions for Salt Lake County. She leads by example in providing excellent service to constituents, answering phone calls and emails at nights and on weekends. She has met couples many times after hours to issue marriage licenses when they couldn’t get in during regular hours. She has performed hundreds of wedding ceremonies. 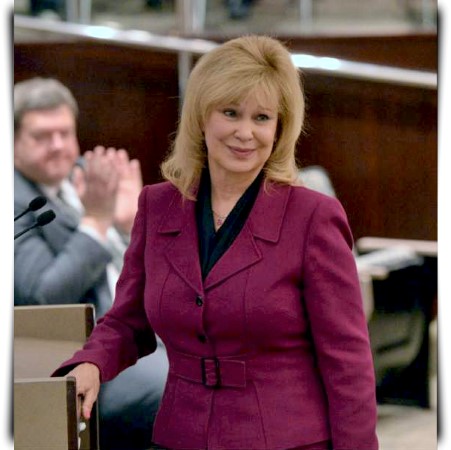 Sherrie believes in the fundamental right of all citizens to vote and, to that end, encourages voter participation by making the process as easy and accessible as possible. When Sherrie took office in 1991, mail-in voter registration forms were not available to County citizens. She immediately placed the forms in counter-top display boxes in hundreds of locations throughout the County. By simply displaying the voter registration forms in post offices, libraries, college campuses, grocery stores, apartment complexes, etc., citizens were able to easily register to vote. Her office later developed an online voter registration form, for which they won a national award.

Sherrie has coordinated and established many successful programs to make voter participation more convenient for residents of Salt Lake County. She first promoted a Permanent Vote by Mail Program offering citizens the option of having a ballot mailed to them. Then, when the State Law allowed, she implemented a Vote-by-Mail System so registered voters are automatically mailed a ballot for each election in which they are eligible to vote.

In 2004, federal funds were provided to purchase new voting equipment. While many states immediately used the funds to purchase new equipment, Sherrie decided it would be prudent to wait and learn from the implementation of the equipment in other jurisdictions. That turned out to be a wise decision since the original electronic voting machines were updated to include a paper trail. Also, Sherrie was able to interview and learn from other counties before implementing the new equipment in Salt Lake County. When the new voting system was implemented in 2006, it went so well that it earned national praise. 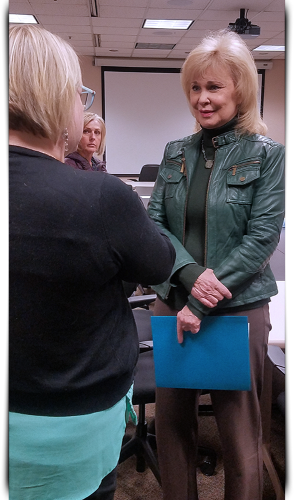 Sherrie spearheaded legislation that changed the State's archaic marriage law. After only three months in office, she realized there was a problem when a fourteen-year-old was brought from Texas to marry a fifty-six-year-old man. She immediately asked for a legislative bill to be sponsored to update the existing law. The law was changed so a fourteen or fifteen-year-old was required to interview with a juvenile court judge to determine if they were voluntarily entering into the marriage. Prior to the adoption of the new State Law, Utah was one of only three states in the Nation that allowed a child to marry with the consent of only one parent. Often, older men were coming to Utah to marry young girls and take advantage of Utah's lenient law. Under the stricter law, the number of fourteen and fifteen-year-old teens marrying immediately decreased by two thirds. Finally, the law was changed again, now prohibiting fourteen-year-olds from marrying in Utah and mandating that a juvenile court judge give permission before a fifteen-year-old can marry.

In 2014, Sherrie asked to have legislation sponsored to better protect the information in voter records. As a result, Senator Karen Mayne sponsored SB 36 and it was passed into law helping to protect a voter’s birth date and allowing a voter to request their registration record classified as private. In 2018, Swensen again asked Senator Karen Mayne to carry legislation to add more protection for voter information. As a result, SB 74 was passed, and a checkbox is now offered on the voter registration form, allowing an option for a voter to make their record private.

In 2000, Sherrie received the League of Women Voters Community Service Award for her efforts to increase voter participation. In 2010 she was honored as the recipient of the Eleanor Roosevelt Award. In 2015, she was awarded Murray High School Outstanding Alumnus of the Year for her post-graduation achievements, bringing credit to her school and her community and attaining high stature in her chosen field.

Sherrie was born in Murray and resided in Midvale for 28 years prior to moving to Sandy in 1998 where she still resides. She has two sons and eight grandchildren. She worked as a volunteer in little-league sports programs for over ten years. She served as a Vice President on the Ute Conference Executive Board and as President of the Hillcrest Ute Conference Little League Football Program.